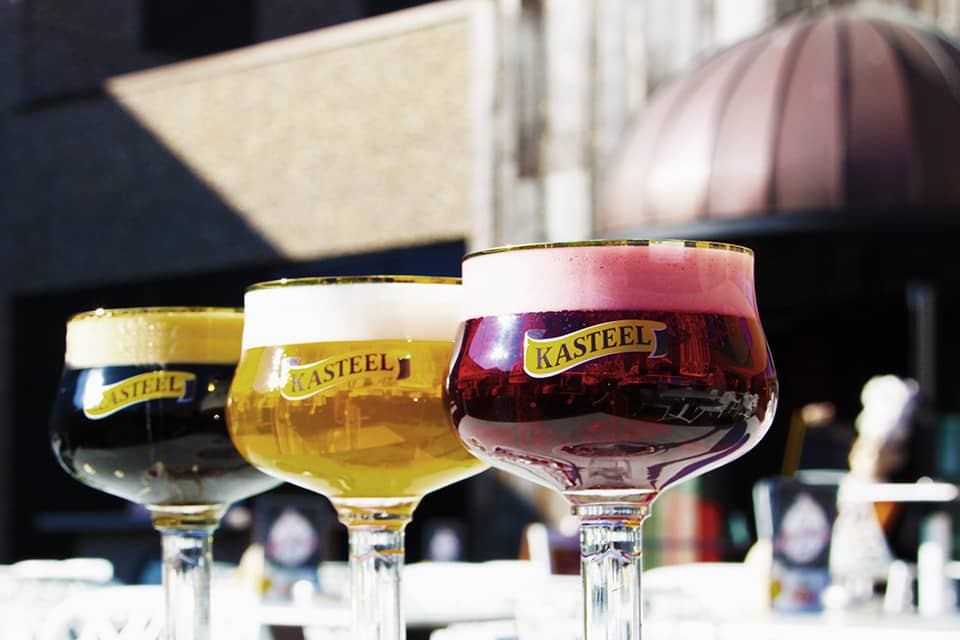 Since 30 November 2016, the Belgian beer culture has been on the UNESCO Intangible Cultural Heritage List. This recognition is a great reward for those who are committed to keeping the Belgian beer traditions alive.

But what distinguishes the Belgian beer culture from the German or even the American beer culture? The following five reasons provide an answer to this question.

Several Belgian beers have been nominated for these prestigious prizes since 2007. Every year, many of them are actually crowned winners. 2016, for example, was a good year for Kasteel Brouwerij Vanhonsebrouck’s Barista Chocolate Quad, which was crowned the World’s Best Chocolate & Coffee Flavored Beer. Kasteel Rouge was awarded a silver medal in the World’s Best Fruit & Vegetable Flavored Beer category.

#2 | Only in Belgium: four fermentation methods

Some Belgian brewers also use two other fermentation methods. The first is spontaneous fermentation, a process in which the brewer does not add yeast to the beer directly. In an open cooling tank, the wort will automatically ferment as soon as it is infected with the surrounding microflora. The most suitable microflora for spontaneous fermentation can be found in the area around Brussels, which is known for its lambic and gueuze beers.

Belgian beers excel in quality, balance and variety. In many specialty beers, tradition is highly valued, but there is still enough room for creativity. Belgian brewers always avoid extreme sweetness or bitterness in their beers, but strive for a perfect balance in the glass. According to many, that balance is the trademark of the Belgian beer culture.

However, many Belgian breweries are not afraid of new challenges. They are partly stimulated by the emergence of microbreweries that want to give a twist to traditional beer. Both large and small players regularly launch limited editions and seasonal beers. In addition, Belgium is known the world over for some unique beer styles such as abbey beers, trappist beers, lambic, gueuze and the amber-colored Spéciale Belge.

#4 | Beer brewed with love should be enjoyed responsibly

But the association does more than just organize parties. In 1992 it launched the campaign “Beer brewed with love should be enjoyed responsibly”. The Belgian Brewers are committed to numerous awareness-raising campaigns on alcohol consumption. This commitment was one of the main reasons for UNESCO to recognize the Belgian beer culture as heritage. According to UNESCO, the measures against excessive alcohol consumption contribute to maintaining the beer culture in Belgium.

#5 | Beer is Belgium, Belgium is beer

Beer plays a major role in Belgian society. You immediately notice this when you go to watch a football match or visit a festival in this country. Lagers are widely represented there. Specialty beers also fulfil their role in society. An example is the basketball club Filou Oostende, which is named after the Filou beer from the Vanhonsebrouck family brewery.

Beer pubs dominate the Belgian streetscapes. But you also find many pubs abroad that focus on the Belgian beer culture. And there’s more… gastronomy and Belgian beer have totally found each other over the last few years. An increasing number of chefs use beer in their dishes and even hire beer sommeliers to pair dishes with the perfect beer.

Beer is in every Belgian’s DNA. Together we have a duty to keep this rich beer culture alive. And we do that by raising our glasses to the Belgian beers. Cheers!