Nitro beer in cans and kegs: the benefits at a glance 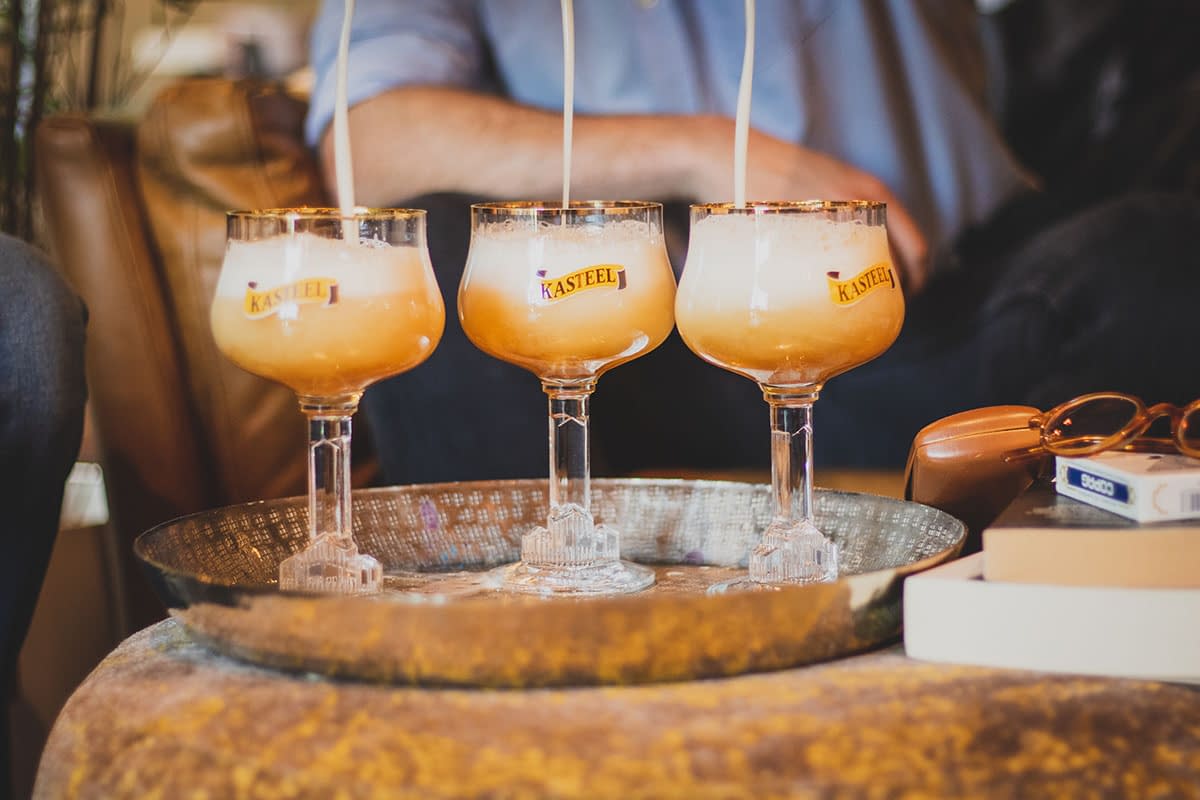 There are a variety of ways that beer reaches the glass of the drinker. Belgian brewery Kasteel Brouwerij Vanhonsebrouck uses aluminum cans and one-way kegs for exporting its Nitro beers. The family brewery, based in Izegem, made a deliberate decision to focus on these two packaging options. There are lots of advantages to transporting beer in either cans or kegs – here’s an overview.

Before we dive into a closer look at the aluminum can and one-way keg, let’s take a quick look at the factors that have a major influence on how beer tastes.

In order to avoid all of this, we need a packaging that will eliminate as many of the negative factors as possible. That’s exactly what cans or kegs do.

To the bottom of the barrel

Let’s dive into a beer keg! Barrels or kegs protect the beer from the influences of oxygen and temperature.

Carbonated beer in a traditional stainless steel keg is at risk of oversaturation. 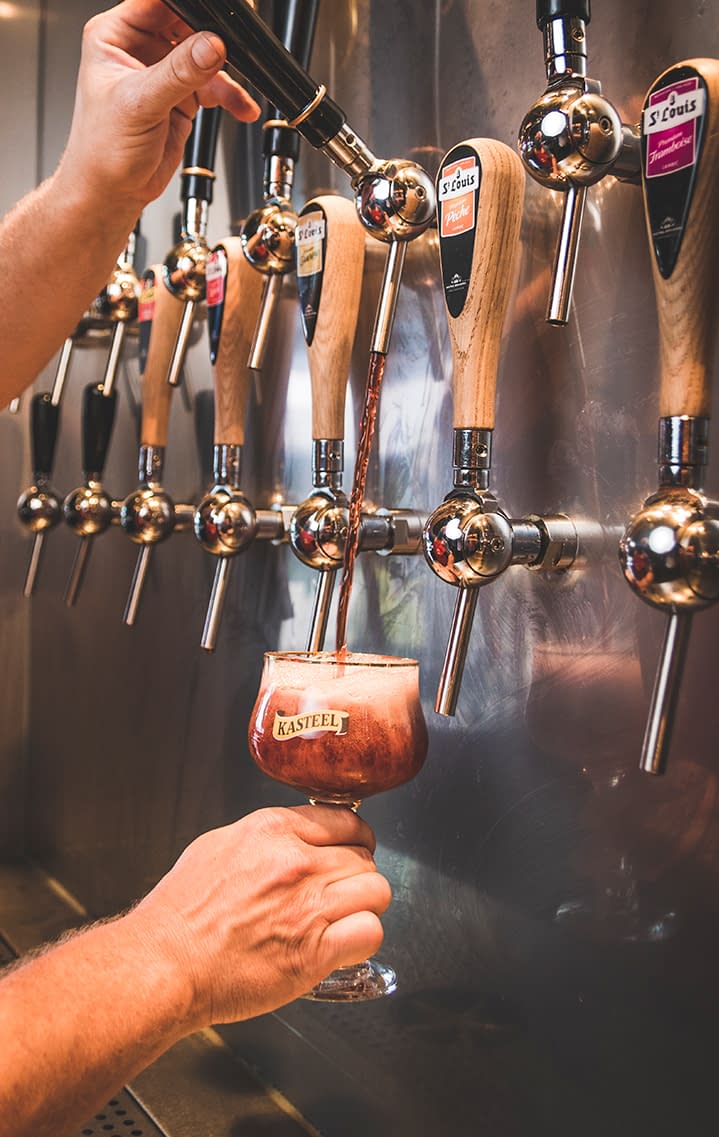 Did you know that the first ever cans of beer were filled by American company Kreuger Beer in 1935? This was a very well-thought-out choice:

Just like keg beer, beer in a can retains its flavor for a long time.

It’s not just the flavor of the beer that benefits from using an aluminum can. Mother Nature loves them too: 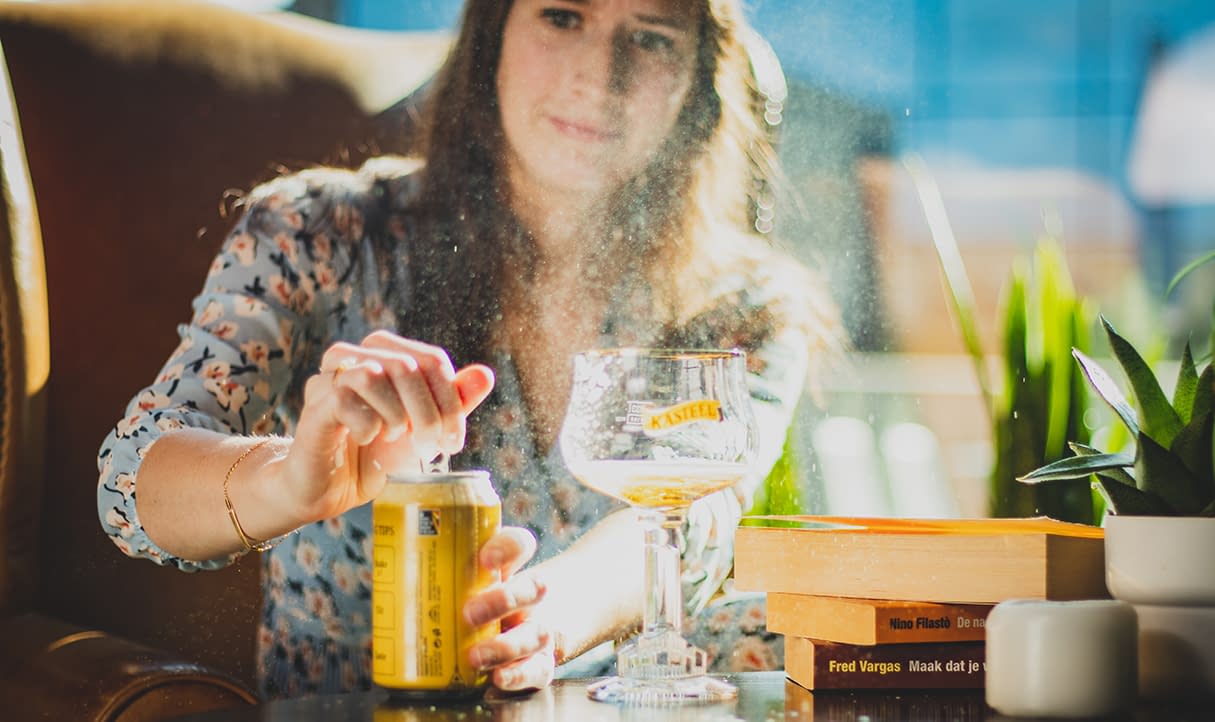 Nitro beer in cans – how does it taste?

Kasteel Brouwerij Vanhonsebrouck first moved to brewing nitrogen beers when Kasteel USA was founded at the end of 2020.

The brewery’s subsidiary in Troy, Michigan, imports the beers without needing go through a middleman. As a result, Kasteel USA can sell its beer at a fair price – in other words, American consumers have access to affordable Belgian beer.

Before the first batch of Kasteel Nitro and Bacchus Nitro specialist beers was shipped to America, the brewery tested out the new product line with well-known Belgian beer sommelier Ben Vinken.

His verdict? “The nitrogen process in the can is a superb enhancement to the beer. The head looks great, it’s thick and sticks to the sides. The beer is more full-flavored and creamier, plus it’s more digestible and accessible. It’s just like tasting beer from a keg!”

Of course, we know tastes vary, but we certainly appreciate this opinion from a well-known beer sommelier!

© 2021 KasteelUSA. Beer brewed carefully, to be consumed with care