Water, malt, hops and yeast: the ingredients you need to brew beer 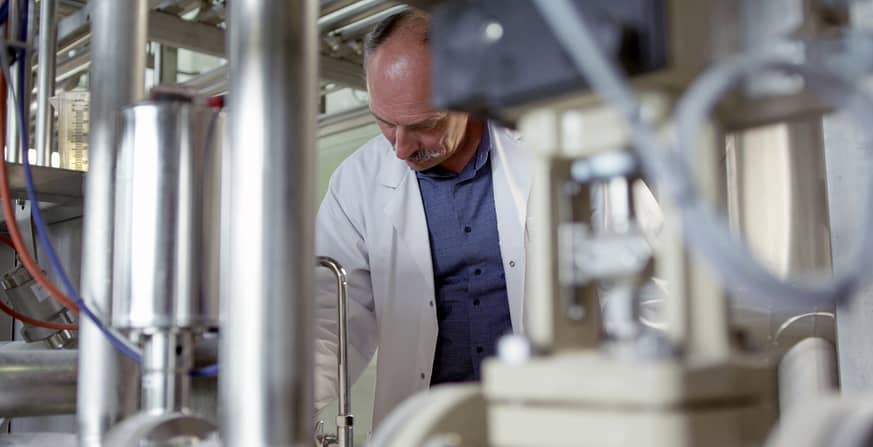 With around 160 Belgian breweries, our country boasts no less than 700 flavor profiles. Every brewery has its own secret recipes. Yet the combination of water, malt, hops and yeast forms the basis of every beer. But what exactly are these ingredients and what influence do they have on the taste of the beer?

When we drink a glass of beer at home or in a pub, we don’t think about the way this drink was brewed from start to finish. Everyone knows that beer contains alcohol, but it is also interesting to take a closer look at the different ingredients of beer. For most beer styles, 200 grams of grain, two grams of hops, a little yeast and five liters of water per liter of beer are used. Of course, these proportions differ for each beer style.

No beer without water

The groundwater near a brewery used to play a crucial role for the brewing process. For example, think of the lager beer that originated in Pilzen, in the Czech Republic. The bottom-fermented Czech beer that became known worldwide as the lager (or pilsner) par excellence owes its flavor to the extremely soft water in the city. On the other hand, hard water flows in Burton upon Trent, creating the pale ale that is typical of this British region.

Nowadays, the use of groundwater is decreasing and every brewery can adjust the water composition as desired by softening it and/or by adding minerals. In general, beer consists of about 90% water. During the entire brewing process, water is needed for malting, brewing and boiling beer. Sufficient water is also needed to clean the beer bottles.

From grain to malt

When you visit a brewery, your nose is immediately stimulated by a penetrating smell. This smell comes from heated malt. This is grain that has been prepared for brewing by soaking, germinating, kilning or drying. Most breweries used to have their own malt house. Nowadays breweries purchase their malt from specialized malt houses at home and abroad.

The most commonly used grain for beer is barley. Due to its high starch content and low protein content, barley is ideal for brewing beer. Of course, other grains such as wheat, rye and oats can also be used. Some grains do not need to be malted, such as rice and corn.

Do you remember the first time you drank beer? Probably you didn’t like the bitter taste and that’s quite normal. Bitterness is typical of this alcoholic beverage and comes from the hops. Hop or Humulus lupulus is part of the hemp family, which also includes cannabis. While the latter contains THC molecules, hops are used for their alpha acids. These give the beer a bitter taste. Hop was initially used to preserve the beer, but bitterness soon took over. In addition, the alpha acids have a calming effect and relax the muscles.

For brewing beer, only the hop cones or flowers of the female hop plant are used. The male hop plants are even kept away from the hop fields and the surrounding area so that the flowers cannot be fertilized. Fertilized hop cones develop seeds that contain fats and oils, two elements that are detrimental to the foamy head of the beer.

During the boiling process, the brewer adds the hops to the brew. Different types of hops can be used for this, such as bitter hops or aromatic hops. The bitterness of beer is expressed in EBU or European Bitterness Unit.

The soul of beer: yeast

Brewer’s yeast is the fungus that eats sugar to make beer. Literally, because the yeast converts the sugar in the wort into alcohol and carbon dioxide. This is called fermentation, a process in which a certain element – in this case sugar – becomes something completely different – alcohol. The brew also has specific flavors depending on the strain of yeast. Each brewery therefore has unique yeast strains that are crucial for the identity, taste and aroma of its beers.

Finally, there is mixed fermentation. After the main fermentation, the brew is pumped into oak barrels, where the lactic acid fermentation takes place. This is how the Bacchus Nitro beers by Vanhonsebrouck are produced.

Every day, brewers all over the country experiment to create the most diverse palette of flavors. That is why they also add sugars, fruits and herbs as extra flavorings. The result is no less than 1,100 beer brands that make Belgium the beer country par excellence.