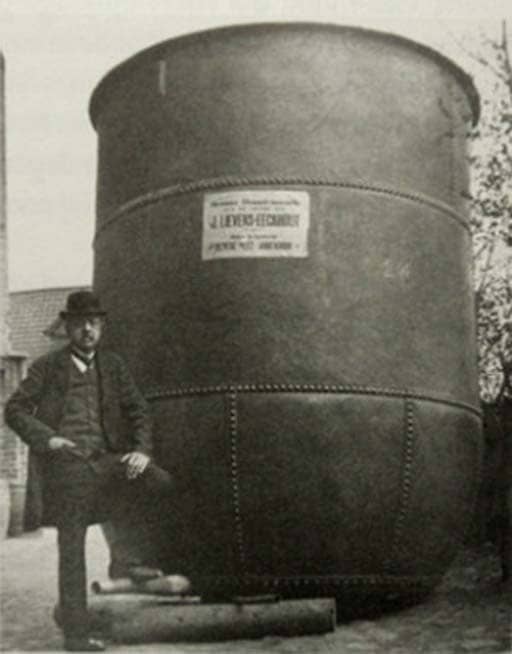 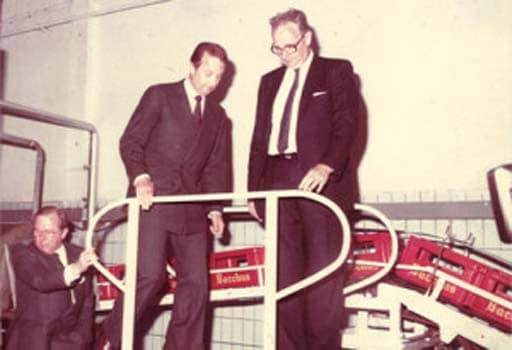 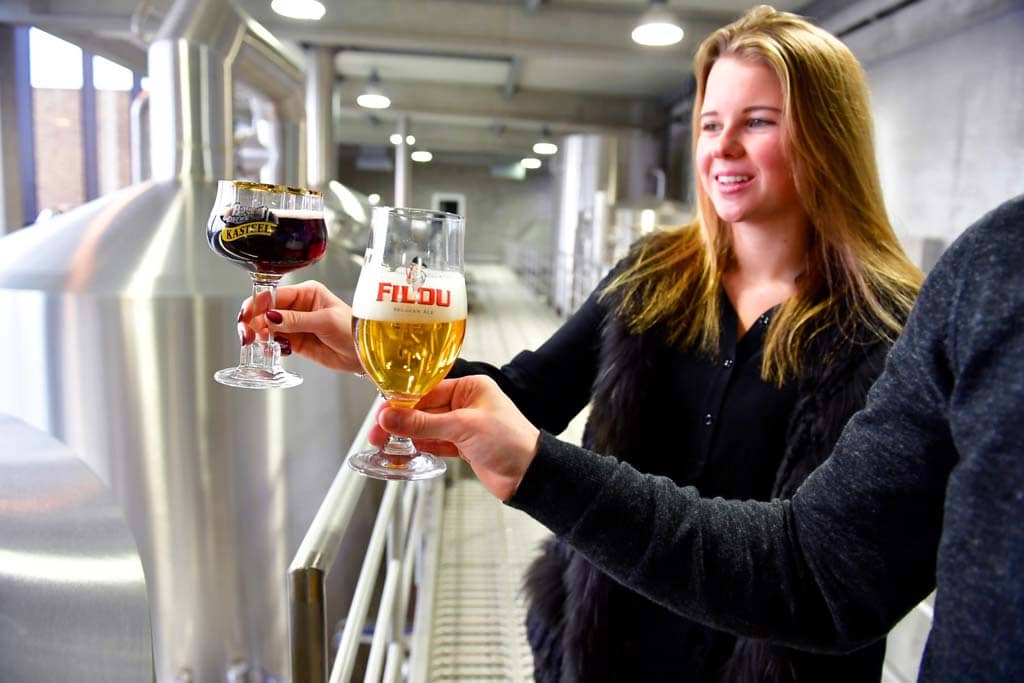 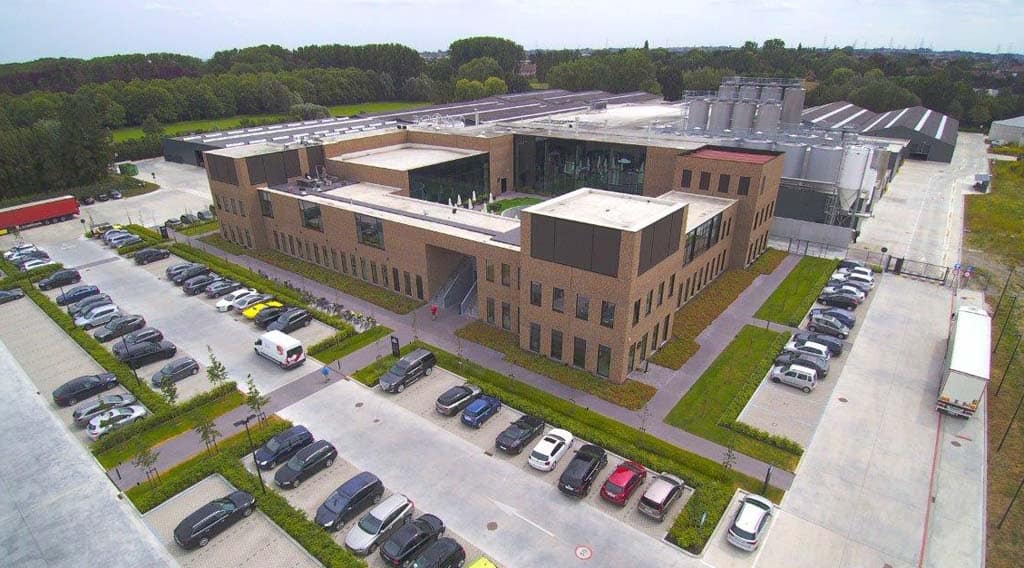 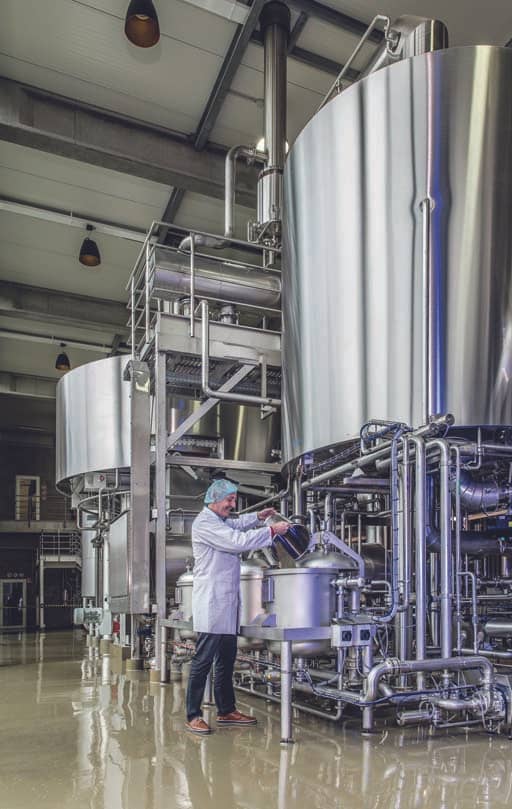 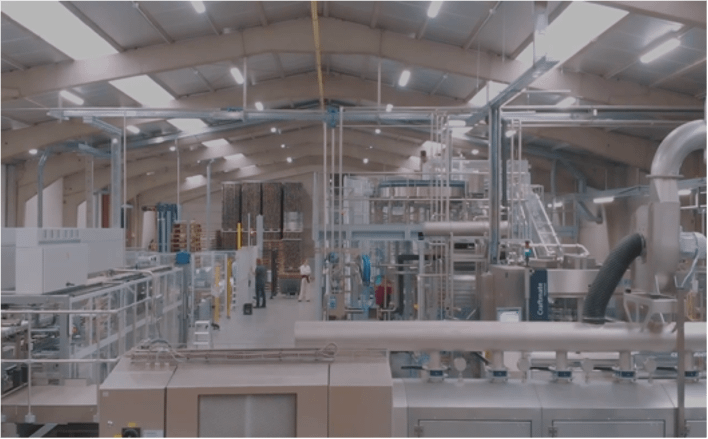 The brewing dynasty started with the founder Amandus Vanhonsebrouck. He was the mayor of the village of Werken, where he owned a dairy farm with an adjoining a brewery and distillery. After his sudden death in 1865, Emile - one of his ten children – succeeds him as both brewer and mayor.
2

Together with his wife Louise De Poorter, Emile moved into the family farm in Werken. However, Louise did not get on with her mother-in-law. The young couple therefore decided to leave the village of Werken to set up their own brewery. In 1900 the Vanhonsebrouck - De Poorters move into a modest farm on the outskirts of Ingelmunster, the birthplace of Louise. The Sint Jozef brewery was born.
3

As the mother of five children, Louise also managed to successfully run the brewery. It turned out that her husband Emile was not cut out to be in charge of a brewery. When Emile was almost eighty years old, Louise decided to leave the brewery to their son Paul. Together with his brother Ernest, he managed to keep the brewery going after the destruction caused by the First World War.
4

The ambitious brothers managed to expand the brewery with a new four-story building. The new building consisted of a malt house, water basins and storage facilities for barley. The ground floor was used to store barrels: fifteen oak barrels with a capacity of 180 to 250 hectoliters each. The renovations were accompanied by the launch of a barrel-aged brown beer that quickly gained popularity.
5

Nine years later, the renovation was concluded with the addition of a new brewing hall, tank hall and bottling plant. To fund the expansion, the brothers signed an exceptional agreement with a contractor. They would pay fifty percent of the works in cash and the other half ‘in kind’, in other words, in beer.
6

After the Second World War, the brothers also specialized in exporting and brewing pilsner. The shift to the production of this type of beer required a great deal of money and effort but it failed to bring the much hoped-for success. Yet the brothers manage to keep the brewery going.
7

When Paul became seriously ill at a relatively young age, someone had to take over the brewery. Ernest and his wife had remained childless, so one of Paul's seven children had to succeed him. One of the older sons, Luc, decided to study to become a brewer and learned the ropes in Wuppertal, Germany. After his studies and internship in the Wicküler-Kupperbrauerei brewery, he took over the family firm.
8

Luc realized that the small Sint Jozef brewery was unable to compete with the large pilsner breweries. He therefore decided to concentrate on the production of an old brown beer, naming it Bacchus. He completely stopped brewing pilsner and changed the name of the brewery to Vanhonsebrouck.
9

The success of Bacchus inspired Luc to create a second specialty beer, gueuze. Until that time, this beer style was only brewed in the Zenne valley. But how would he transfer the wild yeast needed for spontaneous fermentation from the Zenne valley to Ingelmunster, which is about 62 miles away? In 1957 Luc bought lambic wort from Van Haelen Frères in Uccle and pumped it into the oak barrels used for the Bacchus beer. Then he transferred the yeast culture from one oak barrel to the next and thus, based on a relatively small quantity of wort, he managed to produce sufficient lambic to make his own gueuze and kriek. St-Louis Gueuze and Kriek were officially launched in 1958.
10

The St-Louis beers were a hit. By 1971 the Van Haelen wort had taken root in the brewery in Ingelmunster and created its own habitat. Therefore, the lambic wort brought over from Brussels was no longer needed. From then on, St-Louis could be brewed in West Flanders.
11

Vanhonsebrouck introduced gueuze on tap and soon became the second largest producer of gueuze in the country. By offering gueuze on tap, Vanhonsebrouck managed to steal a march on its competitor, the market leader Belle-Vue from Brussels. The latter felt compelled to follow suit. In 1978, the competition between Belle-Vue and St-Louis played out on the football pitch. Anderlecht displayed Belle-Vue on the jerseys and Club Brugge was sponsored by St-Louis. The gueuze war lasted for a long time, but it did significantly boost sales.
12

Specialty beers gained popularity throughout the country. That is when Luc decided to brew a new beer, which he named Brigand, a subtle nod to the rebels during the French Occupation in 1798.
13

The Royal Brewing Society of Kortrijk celebrated its 75th anniversary. Chairman Luc welcomed Prince Albert and Princess Paola. The visit was accompanied by the necessary speeches and tours. Luc knew that the prince did not drink beer. However, at the end of the visit, Luc managed to convince the prince to have a sip of Brigand. "It's champagne", Prince Albert heard Luc say while he tasted the drink with a wary look on his face.
14

1986 - The municipality of Brigand

1989 - The Castle as a source of inspiration

As proud owners of Ingelmunster Castle, the Vanhonsebrouck family used it as a great source of inspiration for Kasteel Donker, the very first specialty beer of the Kasteel range. A few years later, in 1996, Kasteel Blond and Kasteel Tripel followed.
16

The lambic brewers from the Brussels region were not happy about the success of the West Flemish gueuze and lambic. They therefore lobbied for a Royal Decree containing the condition that both beer styles could only be brewed within a 12-mile radius from Brussels. Luc appealed against the impending Royal Decree arguing, “If in Brussels, they think that here in Ingelmunster we cannot produce gueuze, they’re seriously mistaken.” To this day, the Vanhonsebrouck family is allowed to produce gueuze and lambic in the Lys region.
17

In 1992, beer aficionado Jef Van den Steen claimed that Luc’s gueuze would gain plenty of popularity if there were an unfiltered, bottle-fermented St-Louis Gueuze. Luc Vanhonsebrouck accepted the challenge and in 1997 he launched the St-Louis Gueuze Fond Tradition in the presence of the late "beer hunter" Michael Jackson.
18

The St-Louis Premium beers were launched – sweet fruit beers with aromas of cherries, raspberries or peaches. These fresh thirst-quenchers with a low alcohol content are brewed using a lambic base.
19

The new Kasteel Rouge beer was launched – a unique blend of Kasteel Donker and macerated cherries. The latest addition to the Kasteel range is a specialty beer for lovers of sweet cherries. The success of Kasteel Rouge spread to other countries in Eastern and Western Europe, and as far as Russia, China and the United States of America.
20

“Do you know what the numbers 5, 4 and 2 stand for?”, Xavier Vanhonsebrouck asks. On 1 January 2009, he succeeded his father Luc. By that time, Xavier had been working at the brewery for over twenty years, primarily in sales and exports. But what about those numbers? “I am the fifth brewer in the Vanhonsebrouck family, the fourth to wield the mashing stick in Ingelmunster and the second to exclusively produce specialty beers.”
21

Kasteel Brouwerij Vanhonsebrouck is not afraid of thinking outside the box. Following the success of its Cuvée du Château, the brewer came up with the idea of maturing Kasteel Tripel in vintage cognac barrels. The Trignac was born! The Indian Pale Ale was booming and to this day, it continues to gain popularity. To respond to the IPA trend, Kasteel Hoppy was developed with a bitterness of 45 EBU. However, unlike the IPA, Kasteel Hoppy is not a hop bomb and is very mild in taste.
Like father, like son. Just like Luc, Xavier isn't afraid of a challenge. According to yeast expert Filip Delvaux, it is impossible to produce a top-fermented pilsner beer. Vanhonsebrouck proved the opposite with Passchendaele. In collaboration with the municipality of Zonnebeke, Passchendaele was officially launched as a ‘remembrance beer’ of the First World War. Part of the proceeds from its sale go to the foundation to help fund the upkeep of war cemeteries and war monuments in the Westhoek region (the famous Flanders Fields).
23

A new year, a new specialty beer. With Filou, Vanhonsebrouck launched a genuine thirst-quencher but with enough complexity to be appreciated by lovers of specialty beers. The little rascal - Filou - depicted on both the bottle and the glass looks you straight in the eye, ready to attack with a catapult. Filou soon became very popular, even supporting football club KV Oostende, basketball club Filou Oostende and volleyball club Knack Roeselare.
24

Vanhonsebrouck continued to experiment with surprising flavors and combinations. The icing on the cake is the Barista Chocolate Quad, a successful blend of beer and coffee. This strong dark beer has clear notes of chocolate with aromas of roasted malt. The Barista Chocolate Quad is a unique beer to end a meal.
That same year, Kasteel Brouwerij Vanhonsebrouck decided to collaborate with the producers of the popular Flemish soap ‘Thuis’. In this fictional TV program, the main character Eddy brews his own dark beer. Fans of the series were eager to taste the beer so Vanhonsebrouck decided to produce it. Slurfke, a strong dark beer, was born!
25

2016 was an important year for Kasteel Brouwerij Vanhonsebrouck. The old brewery in Ingelmunster permanently closed its doors. The new site in Emelgem is now home to a brand-new, fully integrated brewery, with the equipment to produce all of the Vanhonsebrouck beers and handle both logistics and storage. The construction of the new site took two years and cost 40 million euros. The result is the most modern brewery in Europe. The production process is being expanded from 100,000 to 200,000 hectoliters.
The new brewery does not only focus on more efficient production, but also on a unique experience for visitors. There is a restaurant where you can eat beer-based dishes and at Michelle's pub you can taste all the beers in combination with a snack. In the beer boutique, visitors can buy the entire beer range, as well as gadgets and beer pralines. The new site also includes facilities for corporate events and weddings.
26

As the first Belgian brewery focused on specialty beers, an in-house canning line was launched.
27

During the COVID-19 crisis the brewery did not stop investing: they launched Kasteel USA, heavily investing in the US market.